Here is the link to the website of the wonderful Erno Kallai, who now plays on a Howard Green bow Erno Kallai

Excerpted from Strings magazine, November/December, 2003, No. 114.
What Gringolts Plays 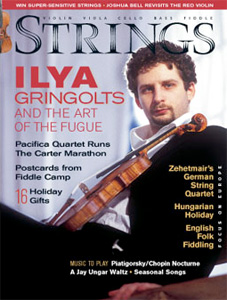 From the article in The Strad Magazine, “Spontaneous Combustion”

June 2003 by Julian Haylock, about the great violinist Ilya Gringolts.

My usual bow is really nothing special, although it works for me, but the one I used in the concert was made by a great English maker who now lives in Scotland – Howard Green. He was recommended to me by Mr (Itzhak) Perlman who already has a couple of his bows. Howard made it for me last year and I didn’t really use it much until comparatively recently. I originally bought it as my spare, but I like it so much now that I’m finding it hard to decide which bow to use. The Green is quite heavy, but it can stand any amount of pressure which is invaluable in a percussive work like the Bartok.” 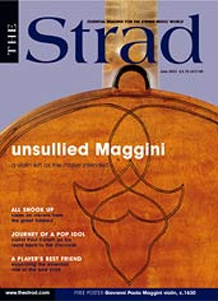